Not only do the Historic Gardens in Annapolis Royal recreate gardens from the past, they also give us a glimpse into the home life of the Acadians who lived here before the British arrived. 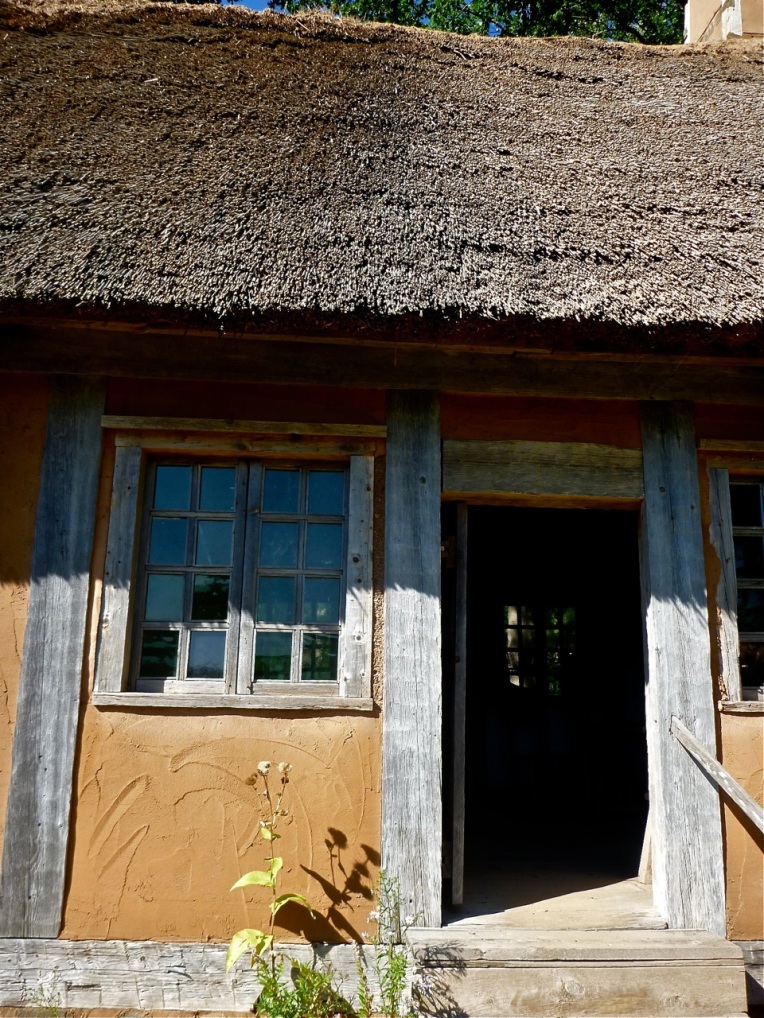 The first occupiers in this part of the world were the French in the 1600’s. Their settlers were innovative farmers who reclaimed salt marshland and transformed it into fertile growing lands. Their relationships with First Nation groups was more harmonious than the British would be. Eventually the British – French wars meant that Acadians were thrown off their lands by the British and shipped to various outposts including Louisiana where ‘Acadian’ became ‘Cajun’.

Many families were hidden by the Mi’kmaq and refused to leave their Nova Scotian homeland. Today there are still small communities of Acadians in Nova Scotia who work hard to keep their language and culture alive.

Here in the gardens, the tiny thatched house with hand-made glass windows is a visual reminder of some of that history.

Last week in the gardens I sat in front of the thatch-roofed cabin and sketched it, later adding watercolour paint at home.

One thought on “Sketching the Acadian House in Annapolis Royal”

This site uses Akismet to reduce spam. Learn how your comment data is processed.

I paint with love of nature and its colours, textures and beauty in rural Bear River, Nova Scotia, Canada.
I invite you to view my world.

My Paintings at the Teichert Gallery in Halifax

Check out the availability of my paintings on my Teichert Gallery webpage.

Let me share posts and painting news with you!

Flora on the Web

Podcasts I listen to in the Studio